In this section, thought to clear some doubts around Docker getting dropped from Kubernetes and whats the way forward now? Couple of days back Kubernetes announced this in their blog. 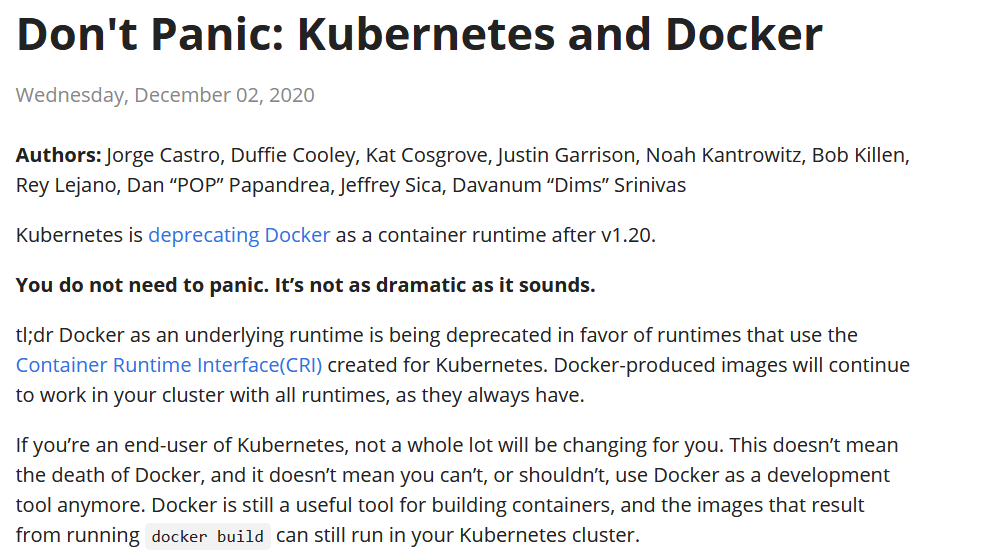 As we already know, that K8s, support multiple runtimes where in one of them being Docker. Docker engine comes with three components. They are:

We have docker server, then we have API, which interacts with server. We also have command line interface, which we can execute against the docker. Now, docker server itself has couple of components like

Apart from that, we can also build images with docker container.

The only part which K8s needs inside in order to run the containers inside the cluster is the container runtime. So, in a nutshell K8s doesn’t need CLI, API, Server, Volumes, Network, building images. Reason being, because K8s has its own features natively baked in to support above said requirements. K8s has following features:

It doesn’t have build images feature, because K8s doesn’t do that, it only run images. And, to K8s, to directly use and run this container runtime component, it needs to talk to docker. And for this interaction, DockerShim comes into picture. Dockershim, has been part of K8s code. And this dockershim, which talks to docker is actually what K8s is deprecating. As we discusses above in the features list, since K8s is already having these features baked in natively, hence keeping the same with dockershim will be a kind of overhead and extra code unnecessary. Hence, in a nutshell, they tried to make K8s more sleek and performant by offloading extra piece of code.

Container runtime, which docker uses is Containerd. From the definition of Containerd, “containerd is available as a daemon for Linux and Windows. It manages the complete container lifecycle of its host system, from image transfer and storage to container execution and supervision to low-level storage to network attachments and beyond.” Historically, containerd has always been part of docker daemon process which docker extracted as separate component. This is done for a reason, because it needs to be deployed as container runtime in K8s cluster. Containerd, is one of the graduated projects of the cncf. as shown below in the picture. 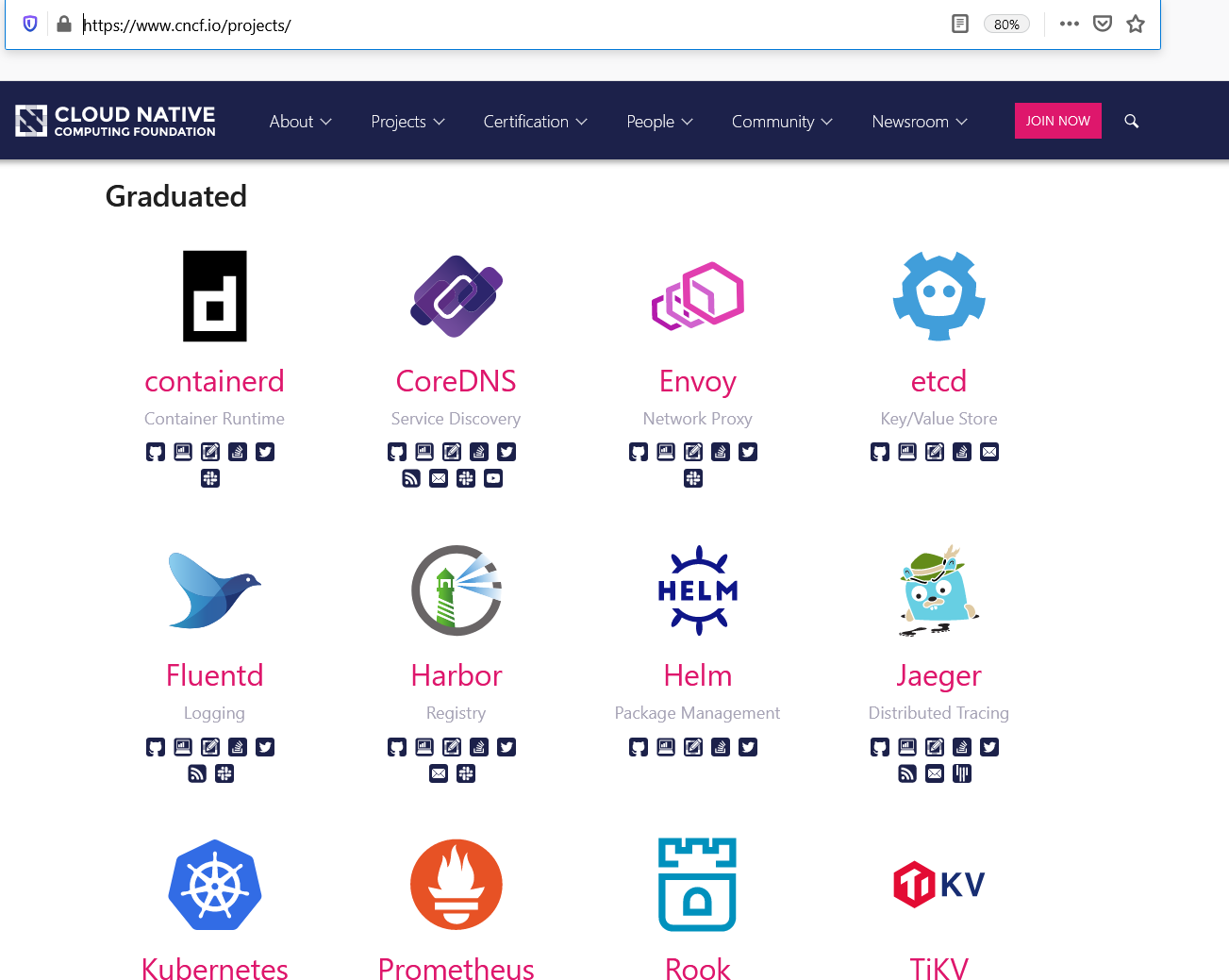 Containerd is now 2nd most popular alternative to use docker as runtime after docker. And Containerd is already used by major cloud platforms in K8s cluster. Below, ecosystem explains the same. 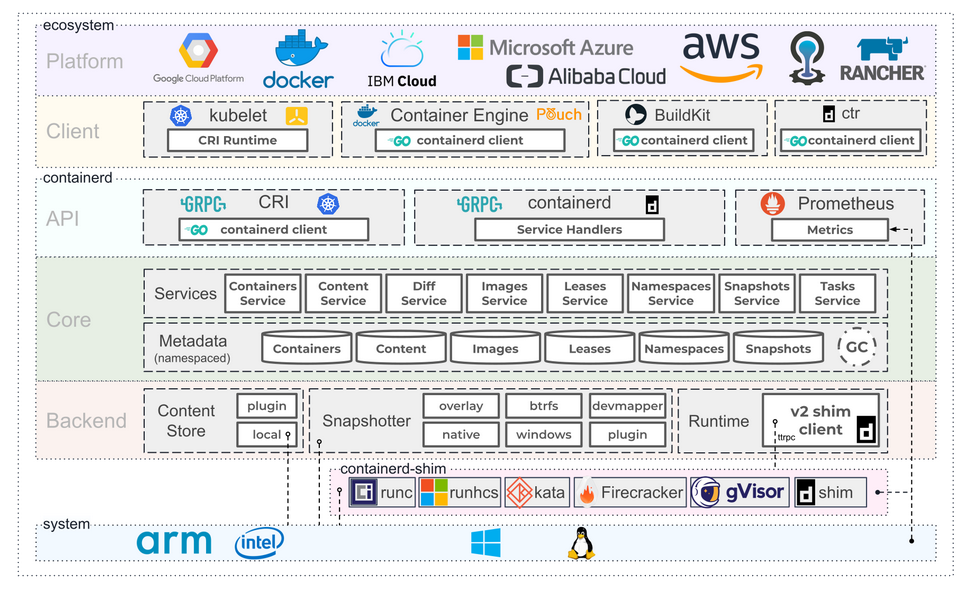 Another alternative of Containerd is Cri-o, which is used by openshift. This projected is getting incubated at the time of writing this blog on cncf foundation.

What this change means?

That said, no need to worry about docker getting dropped from kubernetes, you are still going to need docker. In case, if you guys are new to Docker, you guys can refer my course on udemy. 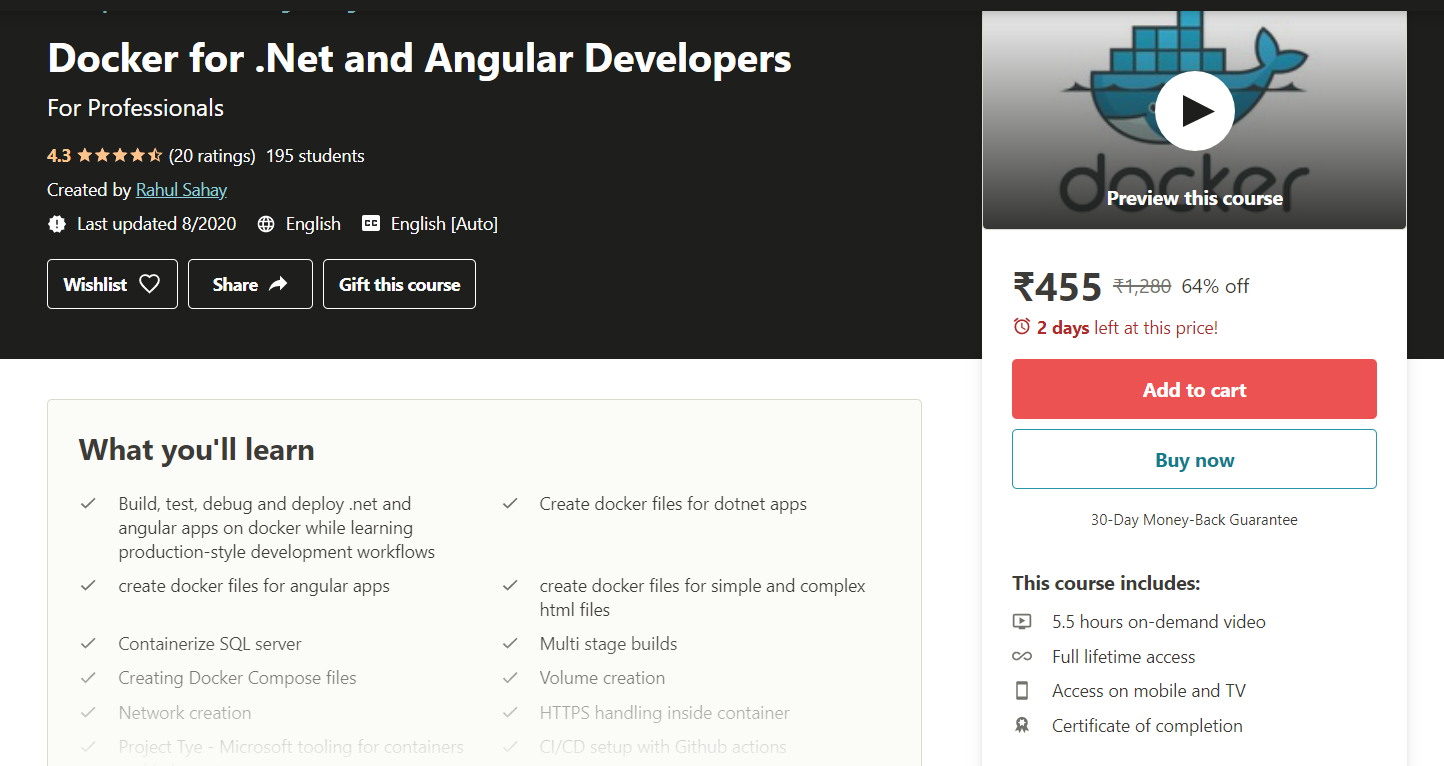 With this, I would like to wrap this session here, I hope you guys would have enjoyed this discussion. Wish you a very happy Christmas and Happy New Year in advance.

Please indicate below the emails to which you want to send this article: Kubernetes is dropping Docker, what it means?