In this section, thought to introduce you the idea of hosting multiple SPAs under PWA. This kind of scenario will be useful, wherein you are having multiple spa scenario and each app can’t be a PWA basically. Hence, to keep all the apps under one roof, we can have root app as PWA and child apps which are individual angular apps can remain like that only. Now, if you don’t know how to get started with PWA, in that case, please refer to my earlier post around the same http://bit.ly/ng-6-pwa.

Having said that, let’s get started. First of all, I created two individual angular apps. Below is the folder structure for the same. Nothing fancy.

Similarly, folder structure of SPA2 is also like that only. Now, let’s look at the npm script for build.

Having said, when I run npm run build, it will produce the following output. 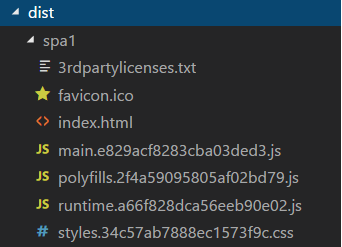 Similarly, it will be for SPA 2 solution as well. Now, I have also installed http-server globally to serve our PWA. You can also install the same using npm install http-server -g.

Having said that, now, let’s look at the dist folder of base application. 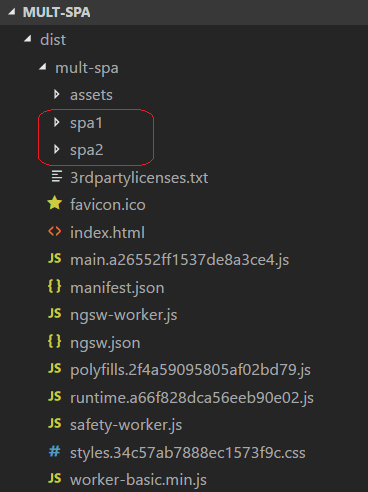 Similarly, SPA2 can be navigated. In-case, if page doesn’t refresh try refreshing cache. Now, at root level, I can see install at root level. You can also see the same from application’s tab in developer tools like shown below.

Once it gets installed, it should get added as an app like 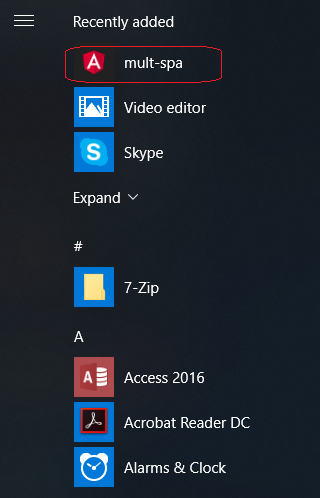 This way, even if click on links, it won’t come out of the app window because root is hosting these multiple spas. I hope you would have liked this discussion. Thanks for Joining me.

Please indicate below the emails to which you want to send this article: Hosting Multiple SPAs under PWA